REGION | Chianti Classico, Toscana
PRACTICES | Practicing Organic
TERROIR | San Casciano in Val di Pesa is the most northern of Chianti Classico’s 9 communes. It’s a warm micro-climate: warm air from the Mediterranean is not obscured by any high peaks. Soils are alluvial, Galestro and Alberese. Galestro is a rocky soil consisting of shale, a type of schist, made from layers of petrified clay and sand, and breaks very easily. Alberese is a yellow-ish mix of hardened calcareous marl stone – a soft limestone – and clay.

Though its modern history seems young, beginning in 2012, the Nunzi Conti family’s ties to Chianti Classico run deep and long: Gualtiero Nunzi purchased his first vineyards in Mercatale Val di Pesa in the heart of the region in the late 1800’s. The 2nd generation, son Antonio, was one of the founders of the Consorzio del Vino Chianti Classico Gallo Nero, and the family has remained close to the Consorzio for over half a century, serving in various positions including president from 1994-1997.
The main estate and cellar, Villa Barberino, was built in the 15th century and is the heart of the current operation run by Maurizio Nunzi-Conti and his children Antonio and Isabella. 27 hectares of vineyards are planted among 12 hectares of olive trees, in a total of 80 hectares of forest and cultivated land. Here the flourishing nature provides habitat for a rich variety of flora and fauna, such as goats, wild boars, pheasants, and rabbits, all portrayed on the labels. The soils of the San Casciano area of Mercatale Val di Pesa are very stony, dominated by Galestro (silt and clay) and Alberese (limestone and clay). Many of the vineyards are well over 30 years old, planted to local grapes including Sangiovese, Colorino and Canaiolo as well as a small proportion of international varieties such as Merlot and Cabernet Sauvignon.
Winemaking by expert oenologist Giampaolo Chiettini is traditional, with 3+ week macerations, long indigenous yeast fermentations, and maturation in a mixture of barrique and tonneau. 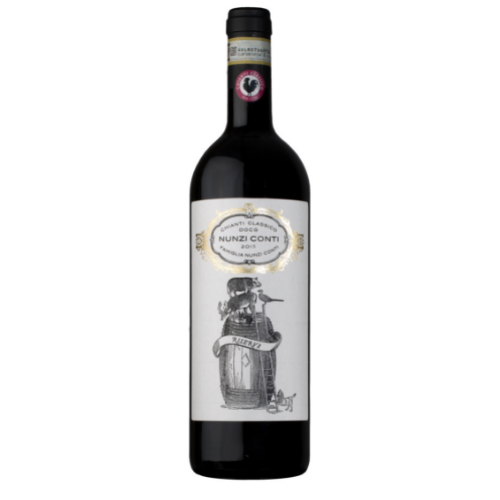 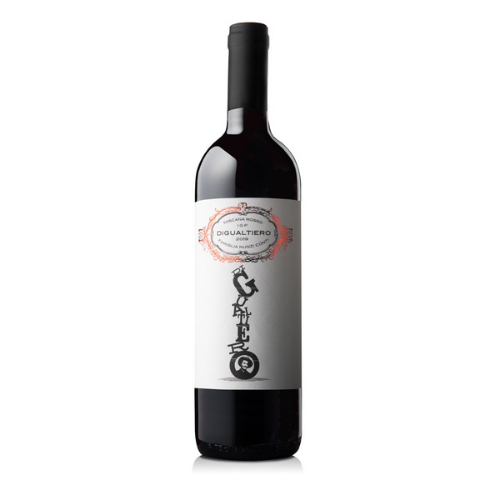