REGION | Sicily
PRACTICES | Certified Organic
TERROIR | We are on the eastern slope of Etna that overlooks Taormina and the Ionian Sea. We are at 700 metres above the sea level.

Barone di Villagrande is THE OLDEST winery in Etna.  They date all the way back to 1727.  The cellars that is still used today was built in 1850.

Today Marco and his wife Barbara Villagrande run the estate.  The winery covers 18 hectares and has been CERTIFIED Organic since 1989.  They still harvest everything by hand as it has been for generations.

The winery is located on the East side of Etna in MILO which is the only place in ETNA in which you can receive the Bianco DOC Superiore certification.  The east gets almost 2000 millimeters or rain per year (most in Sicily.)  The winds coming off the Ionian sea help dry the grapes out after the rainfall.
The Vineyards are made from the collapse of the Valley Del Bove when Etna first started its eruptions decades ago.   The soil is made from when the lava went into the water and created this Loam and fine black Sand.   This is one of the rare vineyards that do not use Alberello due to the possibility of mold.  Instead they use the Guyot System.
In the cellar they use Gravity flow and the actual tanks or made out of Lava Stone.  Marco makes his wine in the vineyards and does very minimal intervention in the cellar.  The CRU red is aged in Chestnut barrels. These barrels are made from the chestnut trees in the forest that surround the property of Villagrande.

VINIFICATION | Stainless Steel under controlled temperature for 6-10 days, 500L Chestnut barrels for 12 months, bottling after 24 months from the harvest. 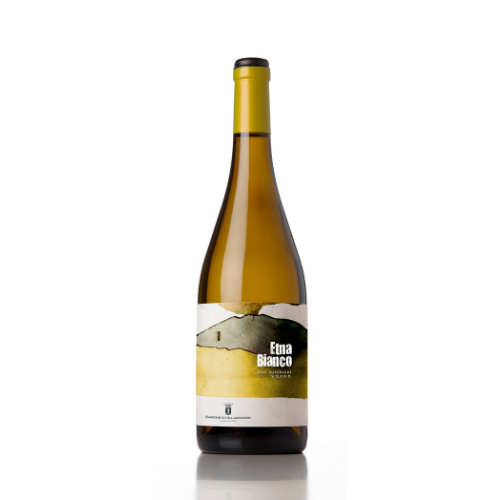 VINIFICATION | Refinement in Stainless Steel Under controlled temperature for 10-12 hours. 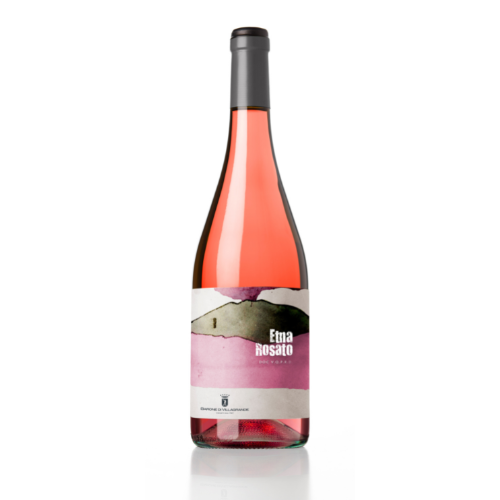