REGION | Veneto
PRACTICES | Practicing Organic
TERROIR | The hills of Susegana, one of the 15 townships of the Conegliano Valdobbiadene DOCG, are mainly calcareous clay. The area is equally influenced by the Alpine breezes and the temperate Adriatic air.

Malibràn is in Susegana, a little town amidst the hills that range from Conegliano towards Valdobbiadene, at the foot of San Salvatore Castle. Malibràn stretches over 15 hectares of vineyards in the Conegliano Valdobbiadene DOCG, growing almost exclusively Glera. They have been making wine for over 60 years, with Maurizio Favrel, owner and enologist since 2003, maintaining his grandfather’s philosophies. In the first half of the 1900s, Gregorio Favrel moved his property to the flowing hills of Susegana where the clay soil contributes to the development of more full-bodied and complex wines.
While Malibràn makes Prosecco Valdobbiadine DOCG, the estate’s most iconic wines are their ‘Col Fondo’ Proseccos, following an ancient and now rare winemaking tradition of bottling Prosecco on its own yeasts with the second fermentation in bottle. Autoclaves, giant pressured tanks, were introduced in the 1950’s, eliminating the long and labor-intensive process of bottle fermentations. Col Fondo, which translates to Surlie, remain on the dead yeasts after the 2nd fermentation and autolysis, which lends a silky texture and ‘frizzante’ style with much less aggressive bubbles than produced by the tank method.

The wines are bottled without sulphates, with crown cap enclosures for the Col Fondo pet-nats, which are sensitive to tannic transfers given by cork. Malibràn holds an environmental certification ‘Biodiversity Friend,’ which holds that farmers become the real guardians of the environmental integrity of the territory. Rive di Santa Maria di Felleto Vineyard has over 245 different species in the vineyard. 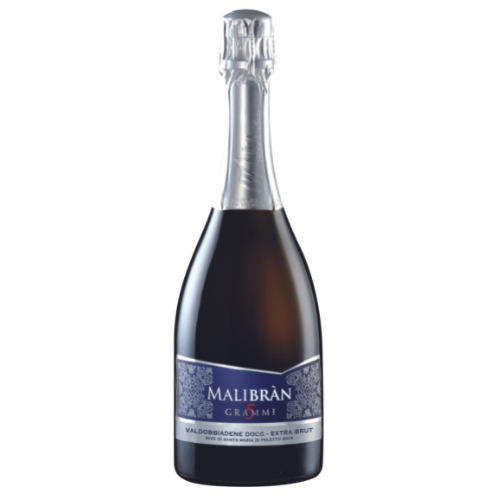 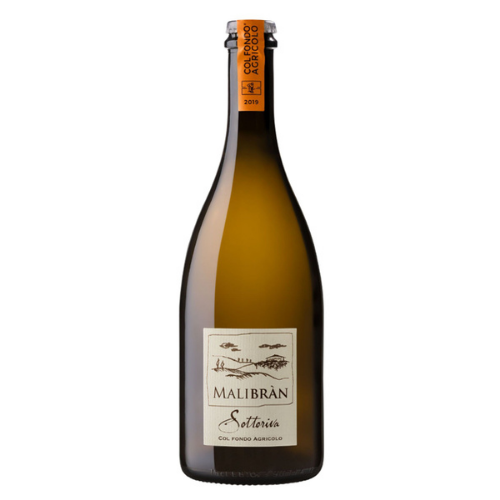 VINEYARDS | Iron-rich clay of alluvial and moraine origin. *while this wine is from grapes within the Valdobbiadene DOCG, there is no Prosecco DOC or DOCG to accommodate 2nd-fermentations in bottle on lees in Frizzante style (not Spumante)