REGION | Piemonte
PRACTICES | Practicing Organic
TERROIR | At 2000 feet elevation, the hills of Monforte are among the highest in the region, composed of a unique blend of grey marls, limestone, clay, and a small percentage of chalk 18 million years old.

Raineri was founded in 2005 by 3 Piemontese friends, eager to share their passion for the region and its wines. Luciano Racca and Fabrizio Giraudo joined Gianmatteo Raineri, and began their winery with a few hundred bottles of Dolcetto from the Raineri family’s vineyards in Dogliani. In 2006 they expanded with nebbiolo, barbera, and cortese, now made in their own cellar located in Panerole of Novello.

Raineri’s Nebbiolo vineyards are in Monforte d’Alba, in the southernmost district of the Barolo appellation. At 2000 feet elevation, the hills of Monforte are among the highest in the region, composed of a unique blend of grey marls, limestone, clay, and a small percentage of chalk 18 million years old.

Their 3 plots in the Perno Cru are farmed sustainably, and enjoy a higher percentage of sand than the rest of Monforte due to Perno’s close proximity to the crus of Barolo. The Barolos from Perno presents as classic “Monforte” but are also charming and approachable in youth, a unique characteristic provided by the sand.

Monserra” is a blend of 2 single vineyards: Santo Stefano di Perno in Monforte and San Bernardo in Serralunga. Raineri’s plantings are in very narrow rows, all farmed by hand and sustainably.
Cornole, their dolcetto vineyard, is located in Farigliano, in the commune of Dogliani, and sits at 1500 feet, the highest elevation of the appellation. Its south/southeast exposure allows the friends to farm completely organically.

All of Raineri’s 6.5 hectares of vineyards are farmed manually and sustainably, with some 100% organic. Cover crops such as grasses are utilized, and the vines are treated only with small treatments of copper and sulphur to prevent mildew. 100% renewable energy powers the winery’s operations.
Gianmatteo, who long served as winemaker at Domenico Clerico, crafts Raineri with respect to the Langhe’s traditional winemaking. Manual work for absolute care of each grapevine, wine let to age in barrels made with only the best oak, and daily barrel sampling are the foundations at Raineri. All of the wines are first vinified in stainless steel, then mature in French oak barrels and Botti Grandi. 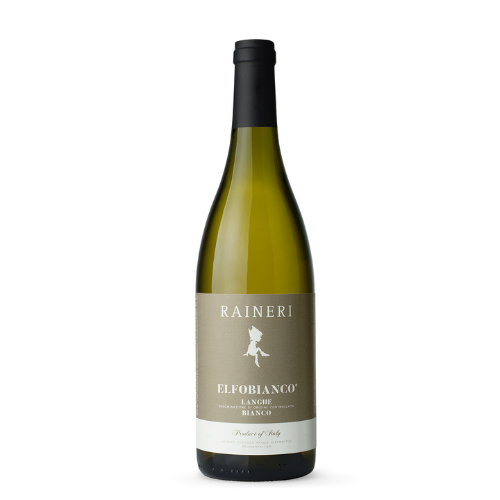 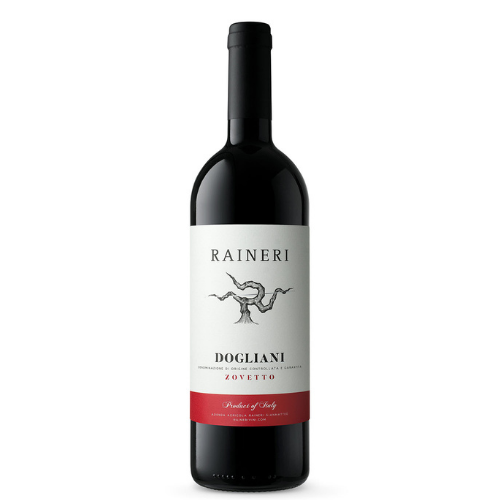 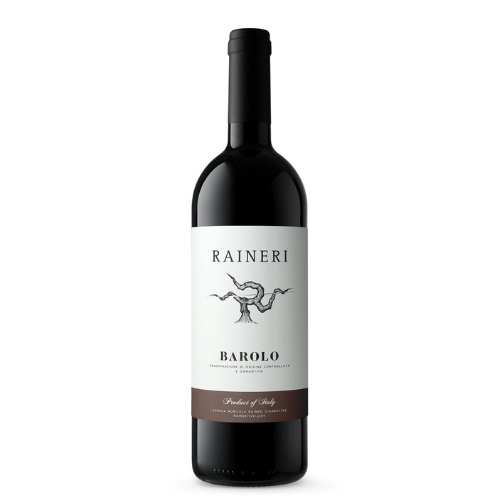 VINEYARDS | Castelletto Cru in Monforte d’Alba. 40 year old vines on soils with a high percentage of sand, and also marls of clay and limestone. Southwest facing at 1150 ft elevation 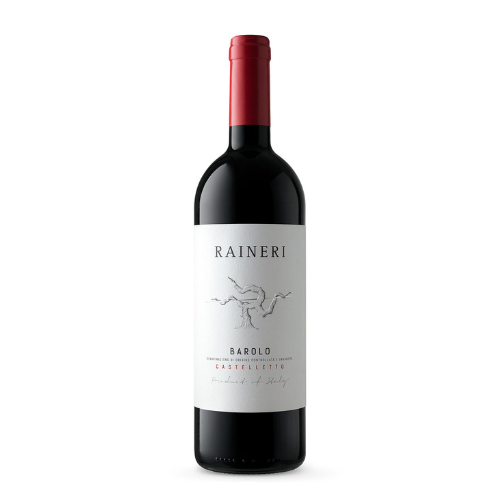