REGION | Trentino – Alto Adige
PRACTICES | Sustainable
TERROIR | The soils sandy-clayey, calcareous and porphyry-containing soils of the Eisack Valley to allow wines of a unique fullness and length to mature, with a typical, mineral character and a striking elegance. South facing vineyards.

Like so many wineries in Italy’s mountainous, German-speaking Alto Adige, Weingut Ebner is a lot more than just a winery: It’s a full-immersion wine experience, with a tidy little wine tavern on site along with a chalet-style farmhouse inn, everything perched at 500 meters above the Isarco (Eisack) River northeast of Bolzano. It doesn’t get more “wine of place” than this, and if we’re ever going to veer away from our normal Pinot Noir haunts to offer an Italian expression, chances are it will hail from here. Lately, we can’t shut up about how great Pinot Noir from Germany has gotten, and this 2017 from Ebner—German in spirit, if not in letter—richly rewards an excursion outside one’s comfort zone. In fact, if you are someone who loves more finessed, upper-register styles of Pinot Noir, it’s imperative that regions like the Alto Adige (a.k.a. the Sütirol, or “South Tyrol”) be on your radar. High-elevation vineyards in the shadow of snow-capped Italian Alps are the source of today’s wine, which exhibits the kind of tension and aromatic lift only a true cool climate can provide. Wines like this have been lurking in the background for years now, but I think, as in Germany, they’re having a breakout moment. To all the Pinot purists out there: this one’s for you!

We’ve written extensively about the Südtirol/Alto Adige, but more so about the region’s aromatic whites than its reds—even though red wine production accounts for more of the region’s total than white (this province was once part of Austria, which viewed it as the “warmer” southern part of the Tyrol state, especially at lower elevations along the Adige and Isarco Rivers. In addition to being heavily “Germanic” culturally, the area’s viticulture is also a mashup of different influences, not just German-Austrian but French as well: A generation ago, the most high-profile reds coming out of the region were Bordeaux-style blends from the Cabernets and Merlot, whereas today the focus has shifted not just to Pinot Noir but to unique regional reds such as Schiava and Lagrein.

Brigitte and Florian Unterthiner are the third-generation proprietors of this jewel-box property, which sits on a high plateau in a little hamlet called Campodazzo, part of the municipality of Renon (or Ritten—everything here has an Italian and German version). The five hectares of vineyards, most of which are trained high on traditional pergolas (allowing for maximum sun exposure on these steep slopes), are toward the southern end of the Isarco (Eisack) Valley, not far from the regional capital, Bolzano. The soils are a mineral-rich mix of volcanic material and sandy clay, with strands of quartz-like porphyry found throughout the region. Whereas this valley may have been considered “southern” by Austrian standards, it’s one of Italy’s northern-most wine-growing zones, with vineyard altitudes climbing past 800 meters in some spots.

When he’s not in the vineyards, Florian Unterthiner will likely be found in the kitchen of the family tavern, cooking dinner for guests. This balanced, food-friendly 2017, aged briefly in barrel, is the highlight of his focused red-wine lineup: In the glass, it’s a bright ruby-red moving to pink at the rim, with perfumed aromas that toggle between red berries and subtle notes of wildflowers and wood smoke (always a telltale sign of “Germanic” Pinots). Notes of red currant, wild strawberry, sour cherry, black pepper, rose hip tea, turned soil, and underbrush carry over to the energetic, medium-bodied palate. There is lots of freshness and just the faintest hint of tannin, with a juicy blast of cherry-berry fruit on the mid-palate followed by a savory, smoky finish. It’s ready to drink now and over the next few years and requires minimal fuss: Just pull the cork about 15 minutes before serving at 60-65 degrees in Burgundy stems. It will adroitly straddle the meat/fish divide, pairing seamlessly with grilled salmon, roast chicken, and anything else you might pair with traditionally styled reds from Burgundy or Willamette Valley. All the finesse and fragrance we crave from Pinot Noir is there, as is clear after the first sip. Don’t miss it!

VINIFICATION | In stainless steel tanks, then fermentation and maturation in small oak casks. 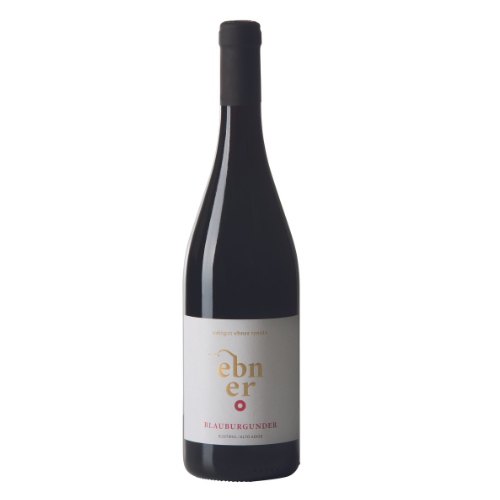 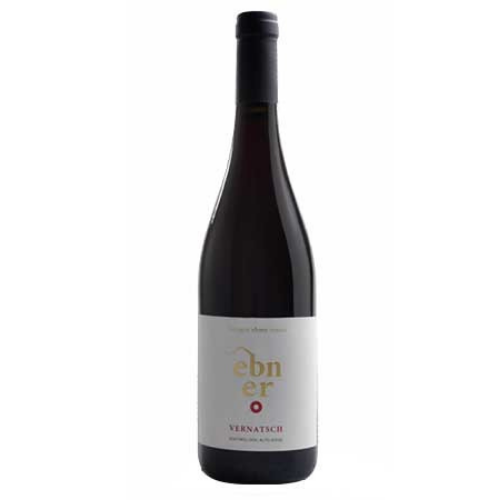 VINEYARDS | The oldest native red grape variety grows in a vineyard facing south east, in a warm and well sheltered from the wind.